For the 10th anniversary of the terrorist attack perpetrated on September 11, 2001, the theatrical company Cie de la Mauvaise Graine, the non-profit organization Citoyenneté Jeunesse  and the audiovisual producer Veilleur de nuit shared their expertise to bring a bold artistic project to fruition based on Michel Vinaver’s text, 11 September 2001.

The ambition of director Arnaud Meunier and choreographer Rachid Ouramdane was to make Vinaver’s text live through young people of suburbain Paris, alongside professional actors from his theatrical company.

Rather than subscribing to the perspective of commemorating the drama, the director took the opportunity of this anniversary to build a strong artistic act. By going over the dramatic aspects, and grief, of this event he poses new questions about the world as a whole.

Three high schools from the Paris area were involved in the project, each with highly different social issues.

In each of these schools, the teaching team was rallied to enable the students to open themselves to the world of today through artistic and cultural workshops; to question it, but also to take part into it.

With the participation of

France TV
And the support of Acsé 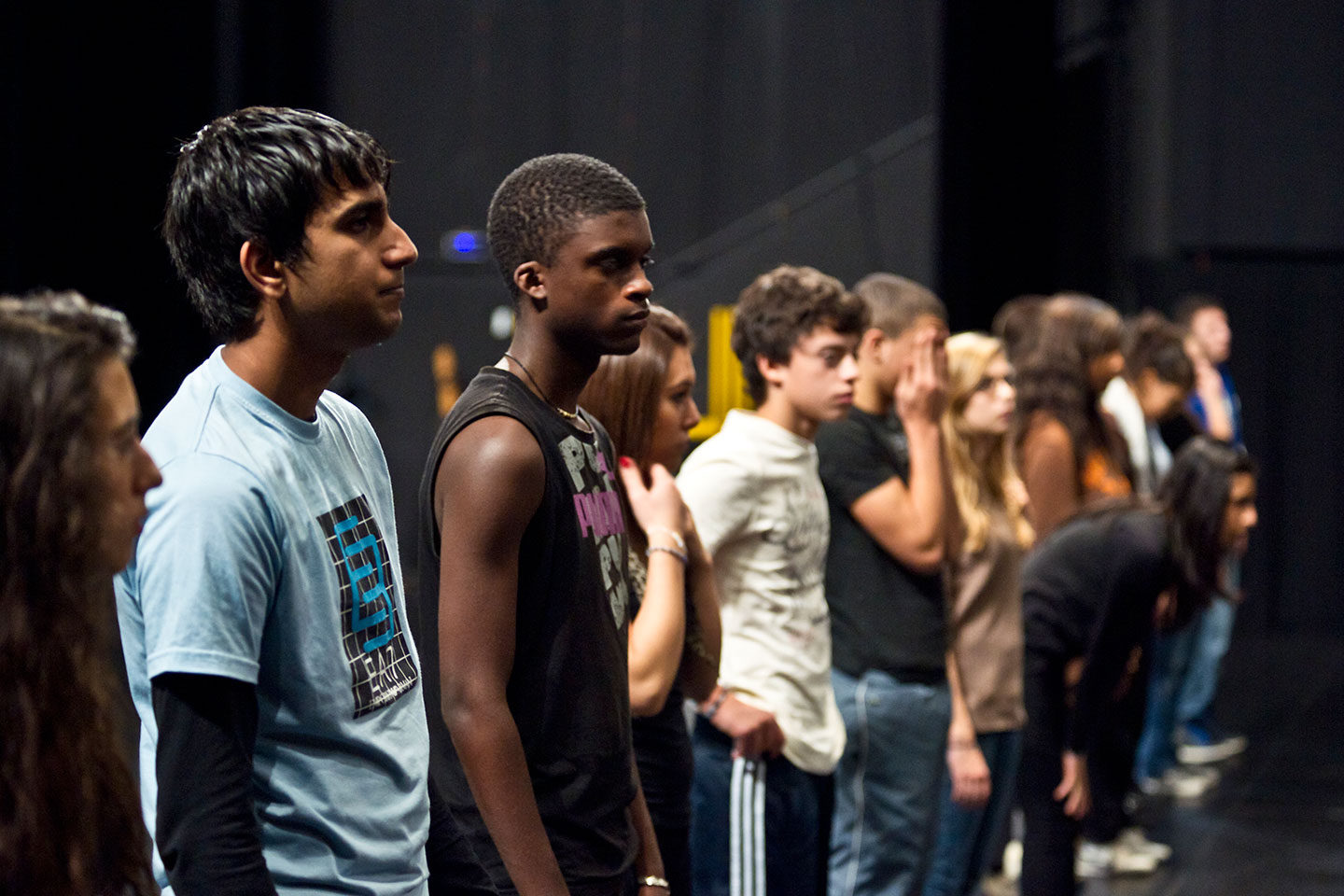